The Quiet Storm is a new monthly pop-up for our R&B lovers at Papi Gordo's in Phoenix, Arizona! 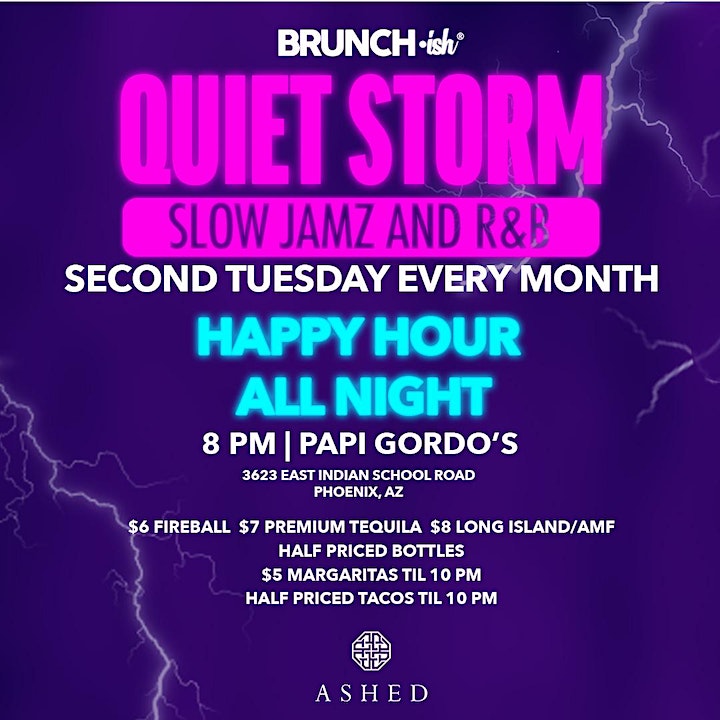 Quiet storm is a radio format and genre of contemporary R&B,
performed in a smooth, romantic, jazz-influenced style. It was named
after the title song on Smokey Robinson's 1975 album A Quiet Storm. The
radio format was pioneered in 1976 by Melvin Lindsey, while he
was an intern at the Washington, D.C. radio station WHUR-FM. It
eventually became regarded as an identifiable subgenre of R&B. Quiet
storm was marketed to upscale mature audiences during the 1980s, while
falling out of favor with young African-American listeners in the age of
hip hop.

We are bringing this subgenre back to the valley with
this new pop-up happy hour. Quietstorm is the newest Slow Jamz and
R&B experience in Phoenix!

The NRIS Nationwide chat room and State Wide Chat rooms are operated by the NRIS.com staff, and users falls under a number of regulations. This is to ensure a safe and fun chatting environment for all!

Thanks for joining us in chat!

We thank you in advance for your understanding and continued support.